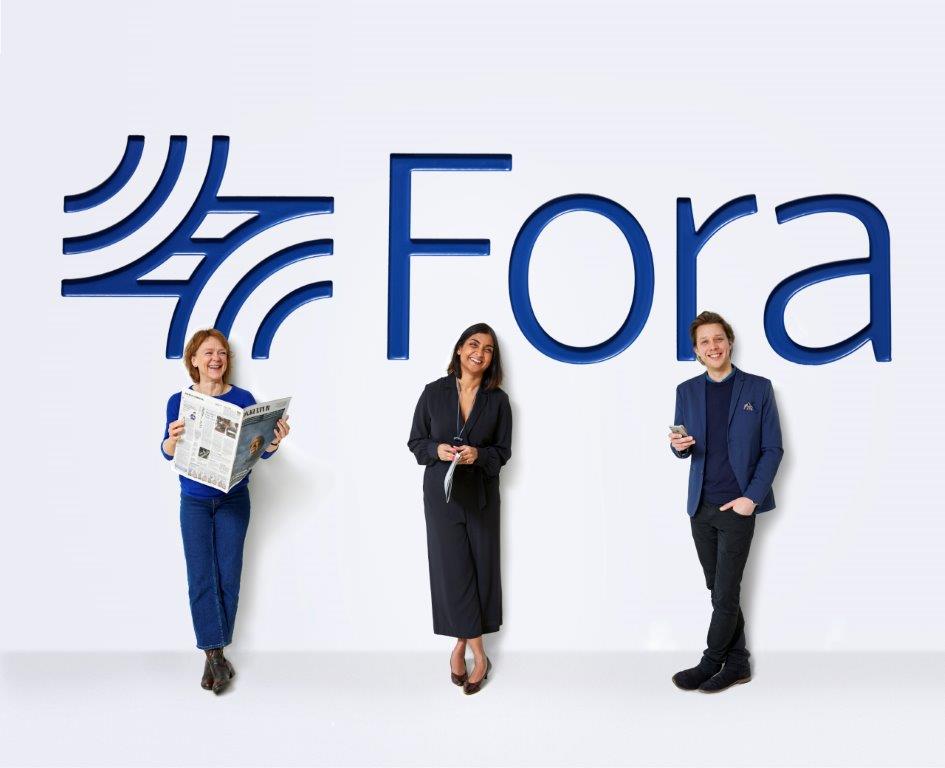 We help companies and their employees to navigate their collectively agreed pension and insurance solution. Our smart and affordable services make working life more secure and society more sustainable.

As one of the cornerstones of a secure working life, Fora has an important role to play in building a sustainable society.

We are owned by the Confederation of Swedish Enterprise (Svenskt Näringsliv) and the Swedish Trade Union Federation (LO), and operate on a non-profit basis. This means that we are an independent force with an exclusive focus on the best interests of our customers.

We want to show the way to a simpler working life and believe in the power of collective agreements to create security. Caring about people is what motivates us to make their working life simpler and more secure. And we want to help ensure that Sweden is well-equipped for the future.

Our mission as a service company is to make sure that collectively agreed benefits are correctly managed, calculated, invoiced and transferred.

We forward more than SEK 19 billion in premiums and fees every year.

Our customers are 235,000 companies and their employees.

More than 4 million individuals are covered by the collectively agreed insurances administered by Fora.

This is what Fora does

Fora gathers data from the companies about how much they have paid out in salaries. Fora uses this data to calculate how much the company needs to pay towards insurances and occupational pensions. The money paid to Fora is then transferred to insurance companies, pension managers and investment funds.

Fora also acts as selection central for SAF-LO Collective Pension Insurance. This means that wage-earners make their choice of pension manager via Fora.

Fora also invoices companies for agreements that have been made for a specific collective agreement. This could be a fee to a foundation for education and research, or additional SAF-LO Collective Pension Insurance contributions for wage-earners in a specific sector.

The insurance agreement – how it works

Fora invoices for the insurance agreement every other month, starting in February.

The salaries that are reported to Fora in January are used to generate invoices throughout the year. If something happens that affects the salaries the company pays out, the preliminary salaries can be updated. The invoice from Fora will also be updated.

In the salary report in January, the company also supplies the Swedish personal identity number and salary of everyone who has been employed as a wage-earner during the year. Fora calculates how much money should be paid towards the wage-earners’ SAF-LO Collective Pension Insurance. The money is transferred to the pension manager selected by the employee.

In the spring, the employee receives a pension statement that shows how much money has been transferred to the pension manager and the value of the pension pot at the turn of the year.